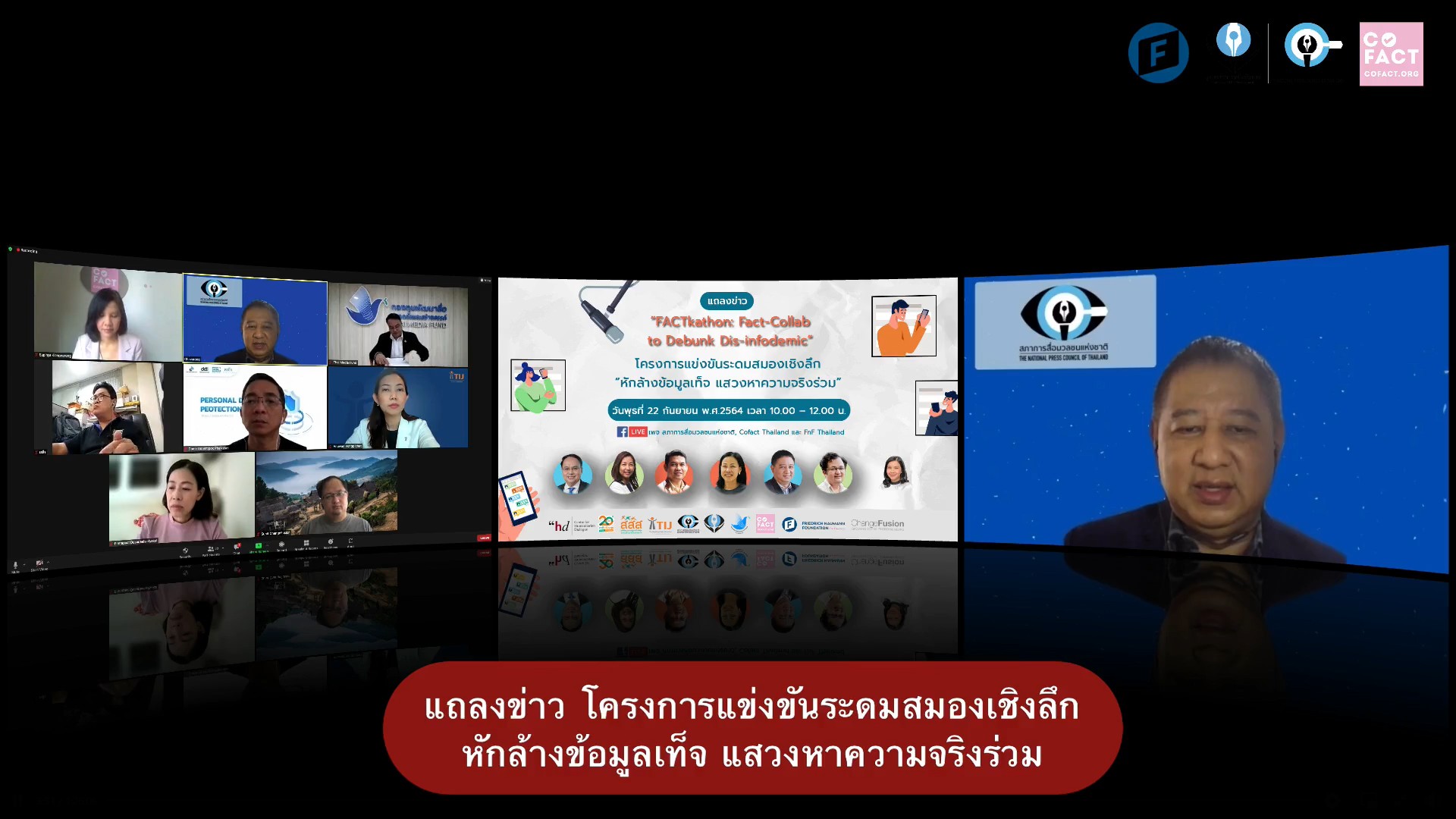 The “FACTKathon Project” aims to encourage the new generation by organizing the competition for in-depth brainstorming to lead a model for the development of collaborative mechanisms to enhance the quality of journalism and digital citizens in response to the infodemic which has plunged society into chaos like today.

In the afternoon, the panel on “Debunking Dis-infodemic in Asia” was held with the panelists from Cofacts Taiwan, Black Dot Research (Singapore), Mafindo (Indonesia), The National Press Council of Thailand and Google News Initiative (GNI). 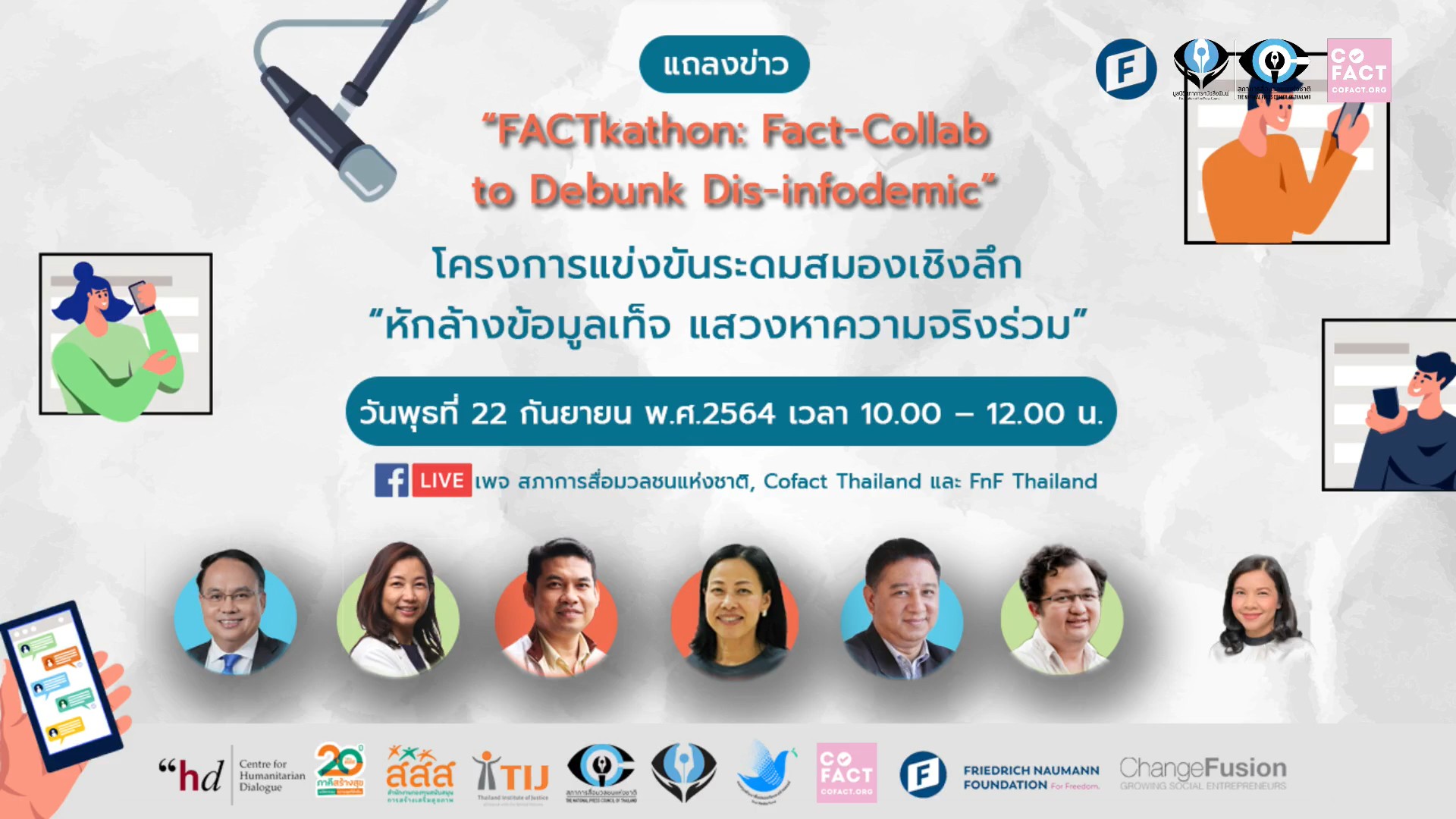 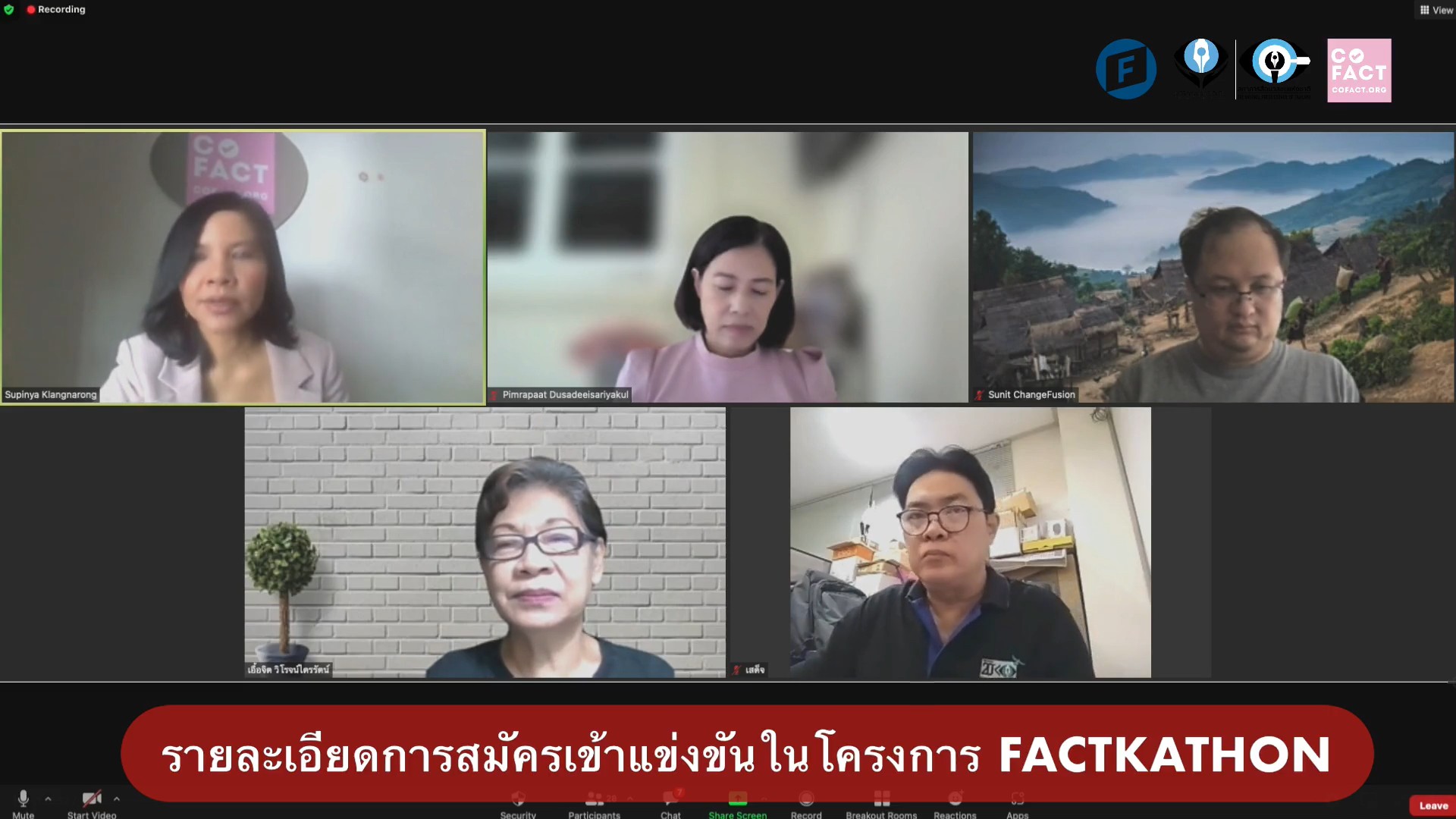